Nordic CTIO at Cognizant | Host of Soul of Innovation Podcast 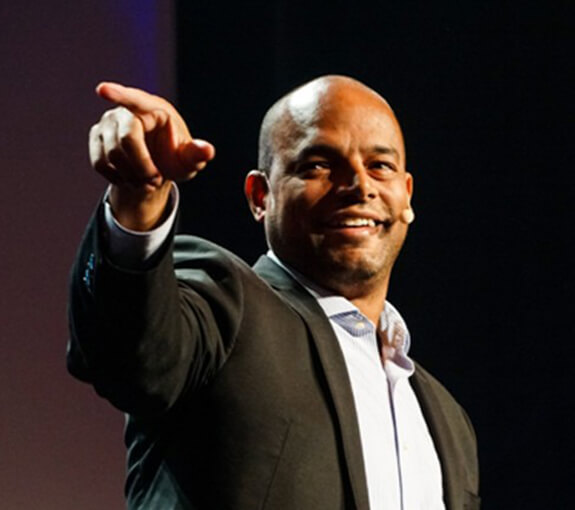 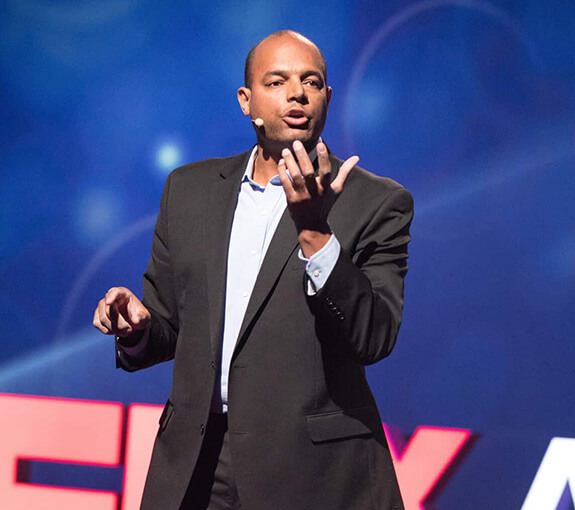 Journey to Innovation and AI. What it takes to be innovative?

From growing up on the rough streets of New York’s Lower East Side, Thomas F. Anglero has led a remarkable career that has seen him launch two start-ups, author a book, coach a championship basketball team, and become an executive at a global technology company. His wealth of expertise and inspiring personal journey has led him to become a renowned public speaker who motivates, energizes, and connects with audiences across the world.

Born to a Puerto Rican family in an impoverished neighbourhood rife with drugs, violence, and gangs, Thomas’ natural propensity for academic and athletic excellence earned him a full scholarship to the elite Hackley School (Tarrytown, NY). Thereafter, he attended Pratt Institute, where he graduated with a Bachelor of Science in Mechanical Engineering.

While studying, he was awarded Student Athlete of the Year, and was MVP and captain of the basketball team. Over the years, Thomas has remained committed to advocating for an active lifestyle and has been a basketball coach for twelve years, leading his team to both a National and European Championship.

Along with honing his athletic abilities, his rigorous studies primed him for an esteemed career in the technology sector. Entering the field as a Trainee Manager, he worked his way up organically to Director of Innovation at a leading tech corporation before taking up his current role as Chief Tech and Innovation Officer at Cognizant, an American multinational technology company.

Early in his career, Thomas fell in love, bought a one-way ticket and moved to Oslo, Norway to marry his wife, where they continue to live, work, and raise their three beautiful children. During this time, the serial entrepreneur launched the first of many podcasts entitled Soul of Innovation and two start-ups, one of which saw him awarded Entrepreneur of the Year by IESE Business School – Univ. of Navarra (Barcelona, Spain).

Equally, Thomas has excelled in the public speaking realm with his name becoming synonymous with high-energy, thought-provoking, and emotionally resonant presentations. Leveraging his natural talent for simplifying complex concepts, he speaks on the latest breakthroughs in innovation and technology with a focus on artificial intelligence and its potential to positively impact the lives of ordinary people. In January 2022, Thomas became a published author with his first book, Intro to Artificial Intelligence and How to Benefit From it.

In his capacity as an acclaimed speaker, Thomas has delivered keynote addresses for globally-recognized organizations including the European Union, World Trade Organization, Accenture, Telenor, TechnipFMC, Santander Bank, Ernst & Young, Wallenius Wilhelmsen, PWC, and hundreds more. He has also given a TEDx Talk on why humanity shouldn’t be afraid of technology, and was a keynote speaker at IBM’s annual THINK conference as well as several IBM conferences globally.

From live conferences and corporate events, to special gatherings and university seminars, Thomas has presented to audiences ranging from 20 to over 2,000 people. Drawing from his multicultural education and global career, along with his extensive speaking experience, he is able to build authentic connections with audiences from a wide variety of backgrounds and experience levels.

A highly-sought-after speaker in Nordic countries, Thomas now sets his sights on the rest of Europe, the United Kingdom, and the United States, where he plans to continue his journey of moving, motivating, and galvanizing people from all walks of life to action. 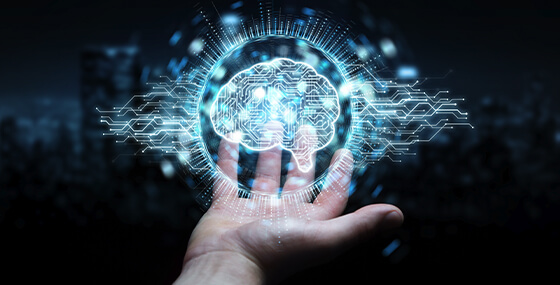 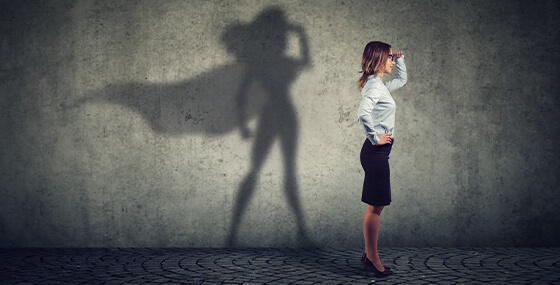