Almost all leading tech companies have been busy with giving Artificial Intelligence human-like features. Both Hollywood and the Silicon Valley have been entertaining the same idea for quite some time now. But how about giving human beings the ability to wander in virtual universe as if they were AI? Humans acting and functioning in the virtual world just like Artificial Intelligence. 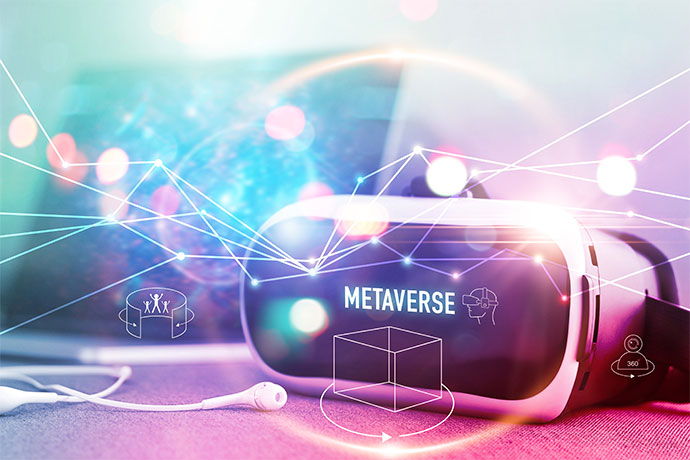 By the time the year 2010 ended, social media channels had already been actively in use for many people. The fact that these platforms now act as a communication tool more and more and we’re observing people now get to know each other by their profile pictures rather than their actual faces. Lately we have been hearing the word Metaverse a lot. Then we’ve heard that Mark Zuckerberg decided to merge his companies under the name ‘Meta’ instead of ‘Facebook’. Does this mean that Metaverse is the future of Internet?

Lexical meaning, Metaverse is the other, far universe. In this other universe, which is man-made, it is possible to exist actively through our avatars and this environment is open for collective use, open virtual spaces for all.

Metaverse is sometimes described as virtual reality, however, the phrase virtual reality simply is not sufficient to define Metaverse. According to the Facebook spokespersons’ understanding, these collective spaces may become so close the physical world that people may start using these spaces to do anything that they do in the physical world. Organizing meetings for work as well as meeting with friends, almost anything we do in physical world can be done in Metaverse. What this means is, instead of travelling from one place to another, we may just go from one device to another. Cyber minds travelling in the digital world.

Members of the company Meta explain that wearable technology is already here and augmented reality devices are already being manufactured so that we can feel as close as possible to physical reality. In ten to fifteen years from today, most predictions about virtual reality will be reality.

Most people are familiar with 3D virtual reality goggles or 3D virtual reality sets. 3D virtual eye-wear is a device which manipulates the audio-visual senses and also creates an alternative reality concept. This device on its own will not be sufficient in a universe which is a network for cyber minds to communicate. Therefore, companies are working on wearable technology products, more variety of wearable technology to create a high-level augmented reality environment.

A number of new life-styles emerged as a result of Covid-19 pandemic and Internet is a major component in these new life-styles. Vidoe calls repleced getting together with each other. Next phase from this might as well be avatars hanging around in digital universe. With the help of digital wearable technology, almost all human motion can be transferred into the cyber environment. Metaverse is believed to be working because the cyber environment will be a familiar place where we can move the way we are used to. Hence the idea is believed to be successful.

Rather than thinking Metaverse as a replacement for Internet, we might consider seeing it as the next phase of the Internet evolution. NFT or Bitcoin are becoming more and more popular tools for investment which makes us think that, all physical properties and assets, even money might become a virtual reality element. When we look at the matters this way, the idea of Metaverse becomes more and more probable.

Are you imagining yourself meeting up with your friends on the other side of the planet through your avatar? The vast digital dimension and its possibilities, cyber-beings and more. Please contact Speaker Agency if you want to know more about Metaverse and related topics. Our expert speakers like Ambarish Mitra, Azeem Azhar, Dan Cobley, Mehmet Unal, Lindsay Herbert and Gerd Leonhard will open new horizons about wearable technologies and many other similar subjects. 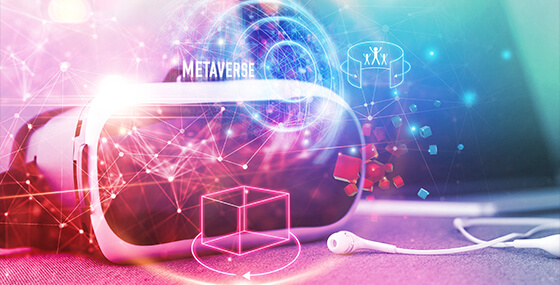 Digital Transformation
Trends in Businesses In the post-digital age where the boundaries between the physical and digital world are blurred, companies which can respond quickly to the risks and opportunities of the day and manage the COVID-19 process through digital transformation stand out in the market. Needless to say that those who hold on to traditional methods stay behind. read more
All Blog Posts